Deconstructing Isn’t Over Until It’s Over 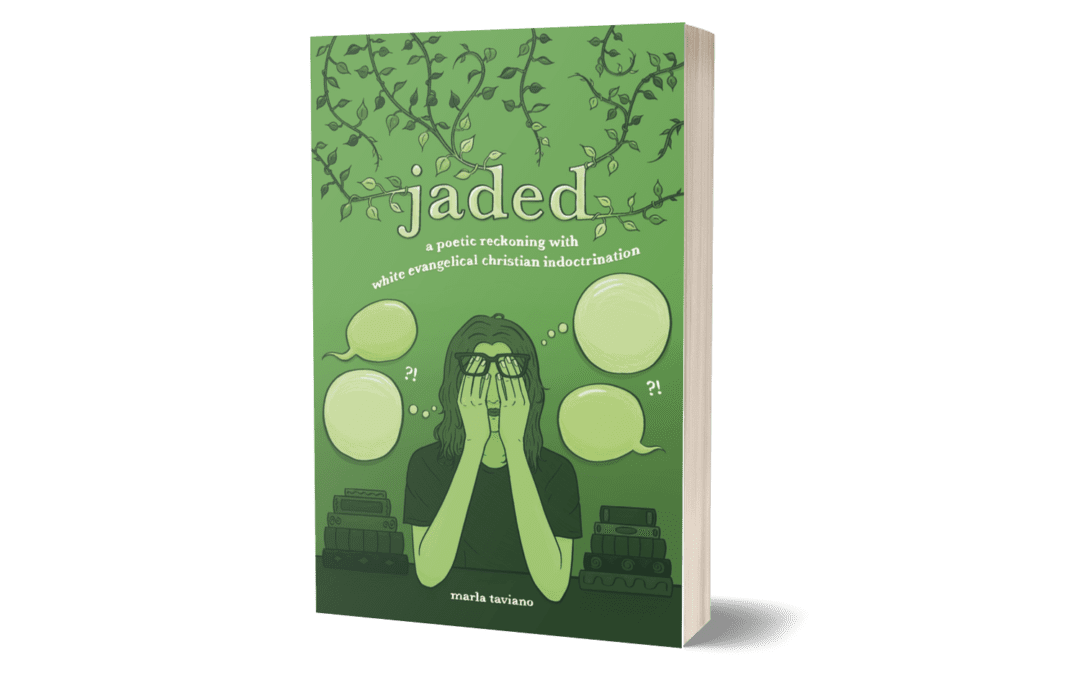 The song “Nothing But Flowers” by the Talking Heads casts a post-something (post-apocalyptic? post-modern? post-evangelical?) vision where once there was a factory, and now there are mountains and rivers. Or once there was a parking lot, and now it’s covered with flowers.

There are so many of us who feel that we are in a time of taking old, rotting ideologies down, a time of deconstruction, and seeing what might be left when we do so. And maybe, just maybe, it’s not about what needs to be “reconstructed” in its place, but that maybe we just need to let the mountains, rivers, and flowers re-assert themselves.

That why I like—no LOVE—Marla Taviano’s jaded: a poetic reckoning with white evangelical christian indoctrination, just out this past December. As a collection of poems—short, thoughtful, brave, and spicy—this is a book that takes on so much about evangelicalism that needs to be deconstructed.

Covering topics like evangelical scare tactics, sex and purity, patriarchy, White supremacy, and how the church treats the queer community, these poems say more in fewer words and with zero sugar-coating. They are a RECKONING, yes, with a little anger, a little sass, but also with a sense of humor, truth, and telling stories that too few have been able to tell.

Author D.L. Mayfield says about jaded: “I needed these poems to cut through my own looping thoughts and to invite me to sit with my own grief, pain, anger, and—surprisingly—my joy at breaking free.”

And readers are already remarking just how hope-giving, affirming, and freedom giving jaded is:

“I recommend this highly for anyone questioning, pondering, wondering.”

“Marla captured perfectly so many of the exact sentiments, frustrations, angst, anger, and also hope.”

When Marla wrote her first book of poems, unbelieve: poems on the journey to becoming a heretic, she thought she had completed the work. But jaded wouldn’t leave her alone.

Let’s go take down that big box building, and let’s rip up that parking lot. This is work we all need to do.

I really want to encourage you to check out Marla’s book, and if you like it, let others know (that’s so important). Also, check out the video of her talking about her book below!