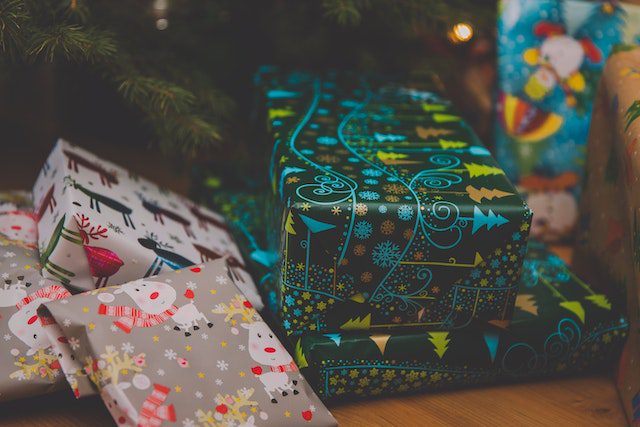 As I write, it’s just three days away from December 25—Christmas. I must say, my thoughts are shifting away from work. My feelings of hope and love are bubbling up, even though it can also be a difficult time.

Maybe it’s just religious conditioning, but I feel something moving in me. I’m not doing much in the way of religious practice this particular Christmas, but I still consider something sacred is happening. And it’s not because I have faith without church. It’s more than that. And it sure feels sacred. Sacred Christmas.

I think a lot lately about how we use the words sacred and secular. Both words beg the question of definition.

Most of the time we probably don’t question the sacred. It is a seeming given because it is so life-defining, deeply spiritual, and holy. We look to the artifacts of our long held religious traditions to give the sacred shape, sound, color, character, and so on. But so many of those things are human constructions. Bring them into contact with humans who have constructed them differently, and it throws the whole idea of what is sacred into debate.

Then there’s the word secular. First off, in a more formal sense, the word sacred is better juxtaposed with the word profane. In an ethical sense, for example, these two words are like the expression right versus wrong. But so many of us use the word secular instead of profane, even though secular offers more of a broadly moralistic sense of shame, and not strictly an ethical valuation. Maybe that’s why we use the word secular so much. We’re just into shame.

So at face value, we often take the word secular to mean everything that’s not religious. Here’s where the definition part really kicks our butt. Who defines what is religious, and therefore, what is secular, its seeming opposite? You could pit one religious approach against another and have them battle it out (which probably happens more in affluent-aspiring societies than anywhere else). But that would never be the whole story. Besides, there’s gobs of self-considered religious people behaving in ways that are anything but sacred.

So far, however, I’ve just pointed to the arena of religious traditions as we’ve known them historically, but that’s just one arena. There’s also the arena of whether religious traditions still hold the same power to spark our imagination, bring us together, draw out compassion and goodness. There are plenty of people doing those things—things that are life-defining, deeply spiritual, holy—that aren’t religious in any way that some religious people would call sacred. In addition, those seemingly non-religious people doing such holy things aren’t nearly the minority you might think they are. Here we just have more questions about how we define things and who gets to make the definitions.

When it comes to Christmas, what do you call sacred and secular? It’s problematic, for example, when people post signs about keeping Christ in Christmas, which often comes across as a manufactured controversy. If one is celebrating Christmas, by definition they’ve never left Christ out of it. If I get over my Scrooge, and gleefully say, “I just want to go out to stores and buy a lot of presents for everyone at Christmas,” then is that strictly a secular or profane pursuit? Purely commercial, excessive, wasteful? Of course not. There’s joy in that statement. There’s love, hope, generosity, and perhaps compassion. That’s sacred.

So many of the books we publish at Lake Drive Books live along the ebb and flow of how we define sacred and secular. We aim with these books to be slow to define these things so rigidly, especially not at the sacrifice of leaving out real stories and real life, especially the stories hidden by the people going around making claims about what is sacred and what is secular. It’s in those stories that we find life-defining moments, things that are deeply spiritual and holy. We feel something happening in them. They are sacred.